The Mueggelturm and its restaurant were one of the most popular excursion destinations in East Berlin in GDR times. The developer was the Nationale Aufbauwerk (National Development) of the GDR, based on a modified design by a student collective from the Kunsthochschule Berlin-Weißensee. The named architects of the collective were Jörg Streitparth, Siegfried Wagner and Klaus Weißhaupt. "The architectural design of the tower and its outbuildings is based on the formal language of modernism and thus deliberately negates the eclectic attitude of its predecessor. The Mueggelturm with its adjoining buildings represents a very early example of modern architecture in the GDR's post-war architecture, which had until then been strongly influenced by the style of socialist classicism". [Quote: Wikipedia]
After 1990, there were different concepts of use and attempts at privatisation for the area. In 1991, the Treuhandanstalt sold the site to a private investor for the first time, before the state of Berlin acquired it in 1995. Subsequently, there were various plans for hotel use and renewed privatisation attempts. After the closure of the restaurant complex, the area became more and more wasted. Since May 2014, Matthias Große (U.G.M.G.) has been the owner and has comprehensively renovated the site. 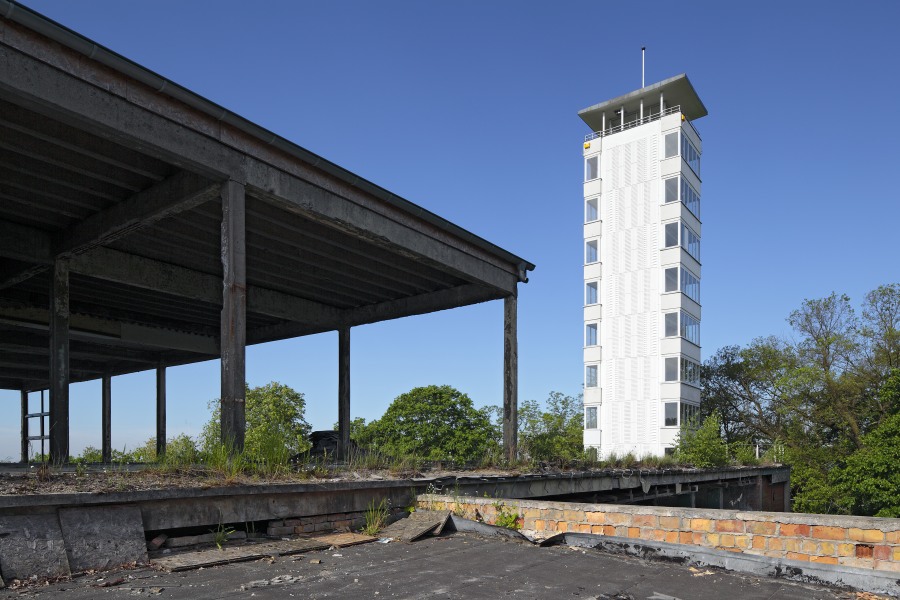 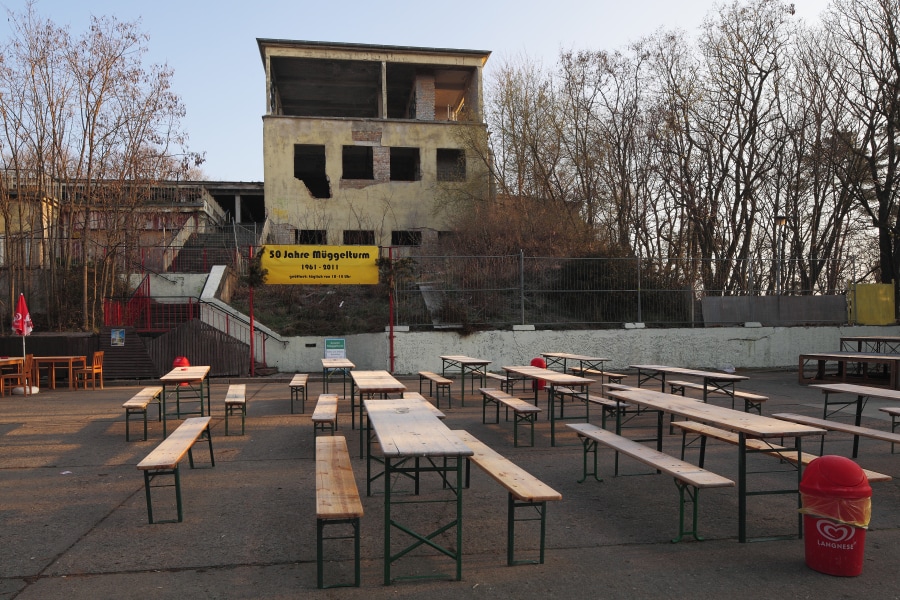 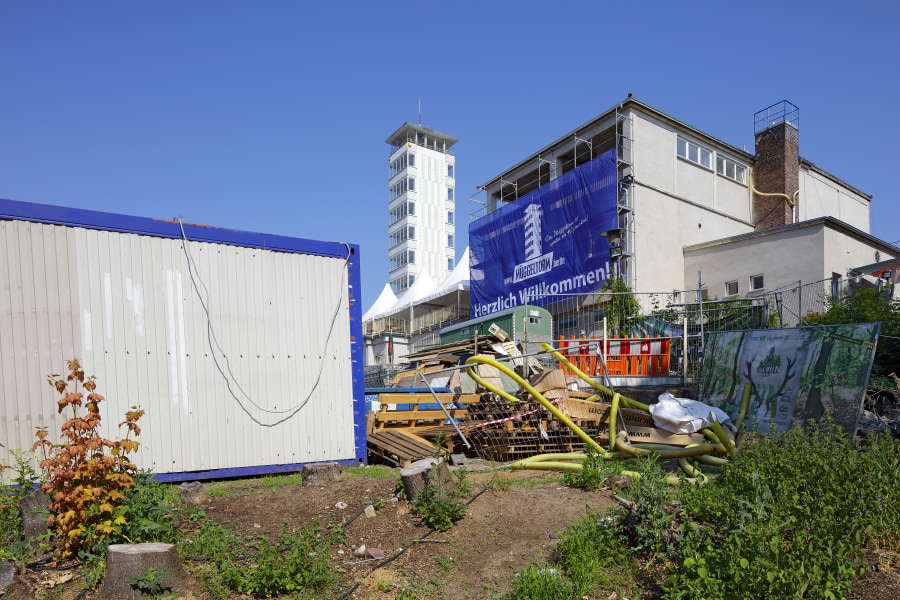 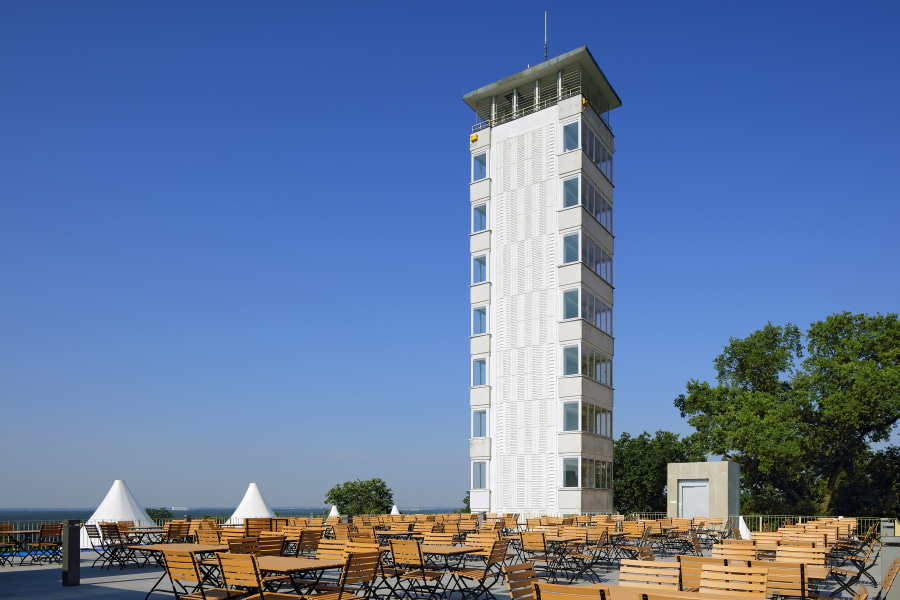