The photo series documents the former Wünsdorf shooting range in the visual image style of military night vision devices with residual light amplification. The shooting range with several metres high bullet trap walls was in the past part of one of the most important military sites in Germany in the 20th century. Originally laid out for the Prussian Infantry Shooting School in the German Empire, the site was part of the High Command of the Wehrmacht during World War II and belonged to the headquarters of the Group of Soviet Armed Forces in Germany from 1953 to 1994. Unused and peacefully located in the forest for over 25 years, vegetation is slowly reclaiming the area. The complex is listed as a monument in the state of Brandenburg. A modern ruin and memorial to conventional military and war training in the last century. 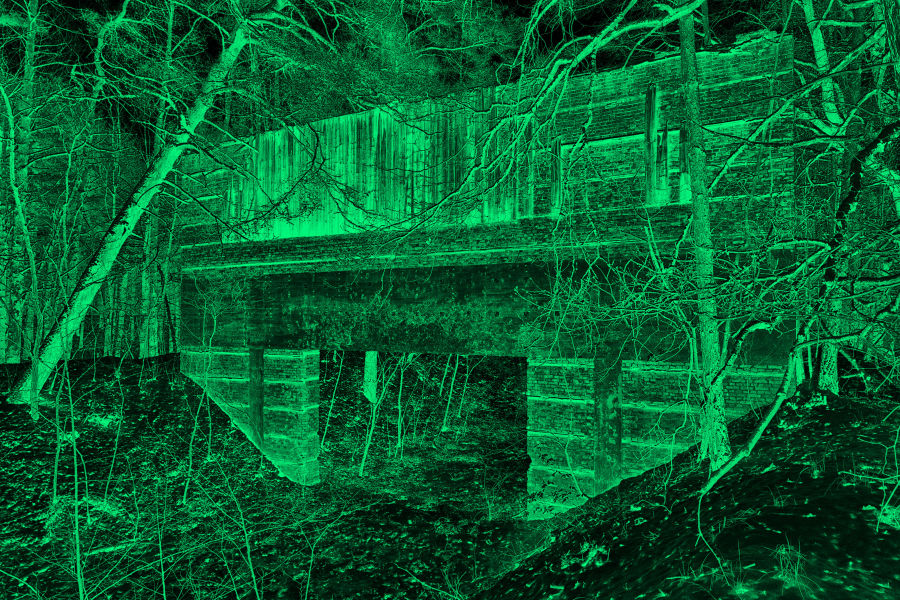 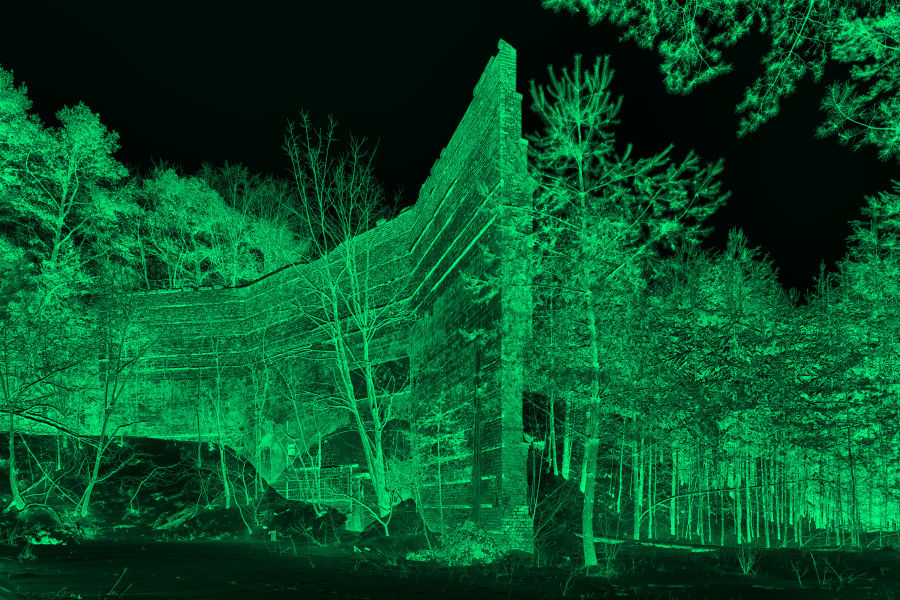 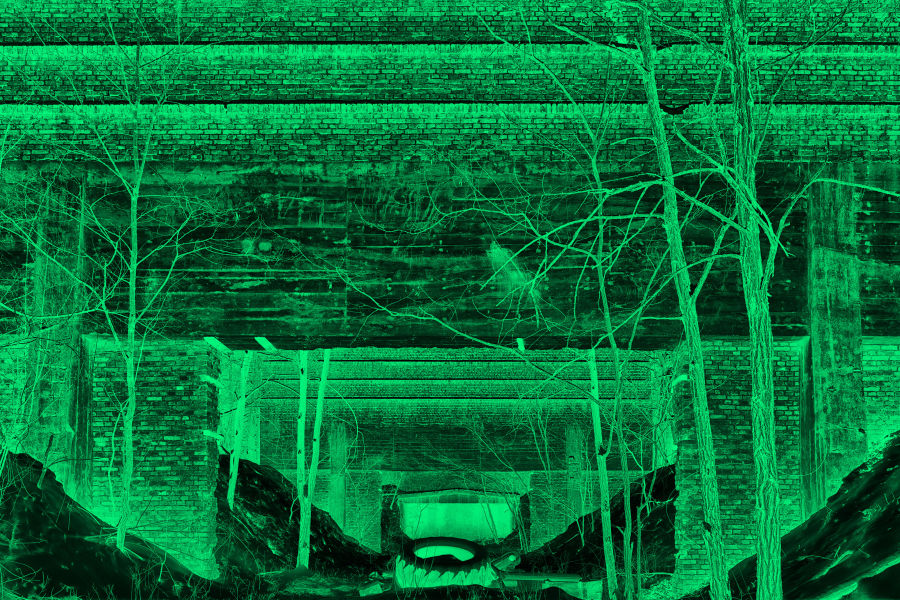 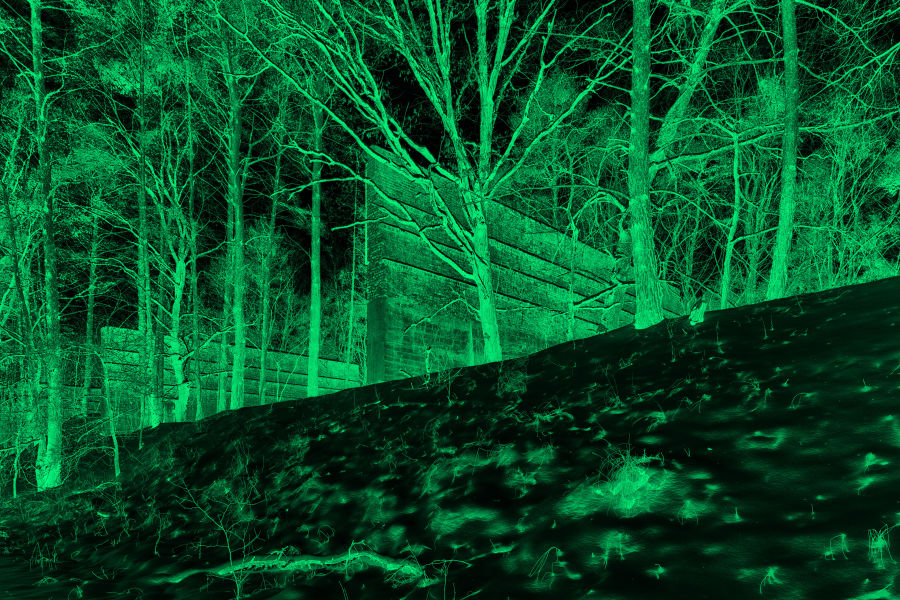