Bauhaus master László Moholy-Nagy experimented extensively with the medium of photography and is considered one of the most important theorists of the New Vision. His former home in Dessau from 1926 was destroyed in March 1945. From 2011 to 2014, the Moholy-Nagy Master House was rebuilt as part of an urban repair project. The architectural firm Bruno Fioretti Marquez (BFM) designed an architecture of imprecision with the aim of abstracting what is remembered. The cubature of the house was reconstructed in exposed concrete. Every window, every door is in exactly the right place. But all those details were left out that would provide information about the exact scale: Balcony railings, window divisions, etc. The interior layout was reduced as much as possible, walls and ceilings were left out where they were not needed. The series shows the new master house in the experimental style of the New Vision, the visual asthetics of László Moholy-Nagy. 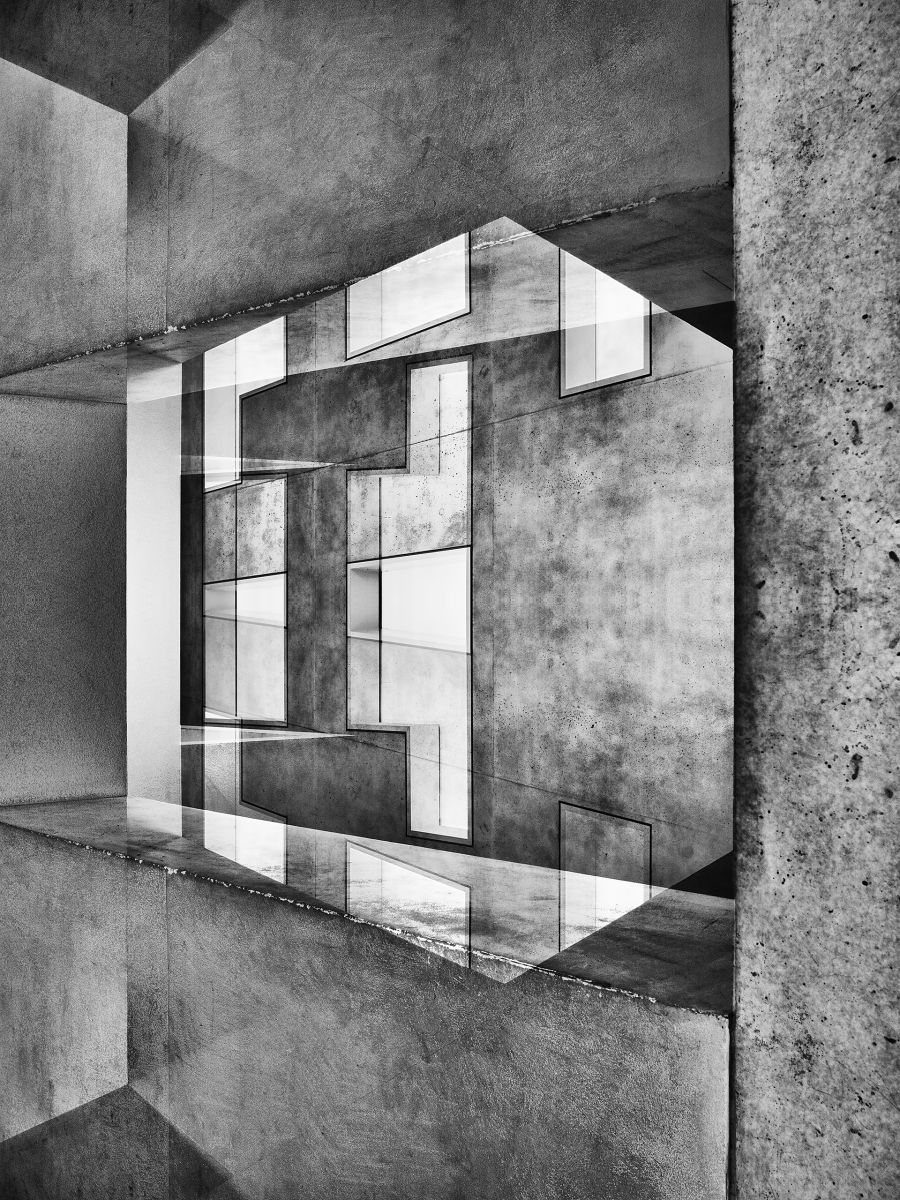 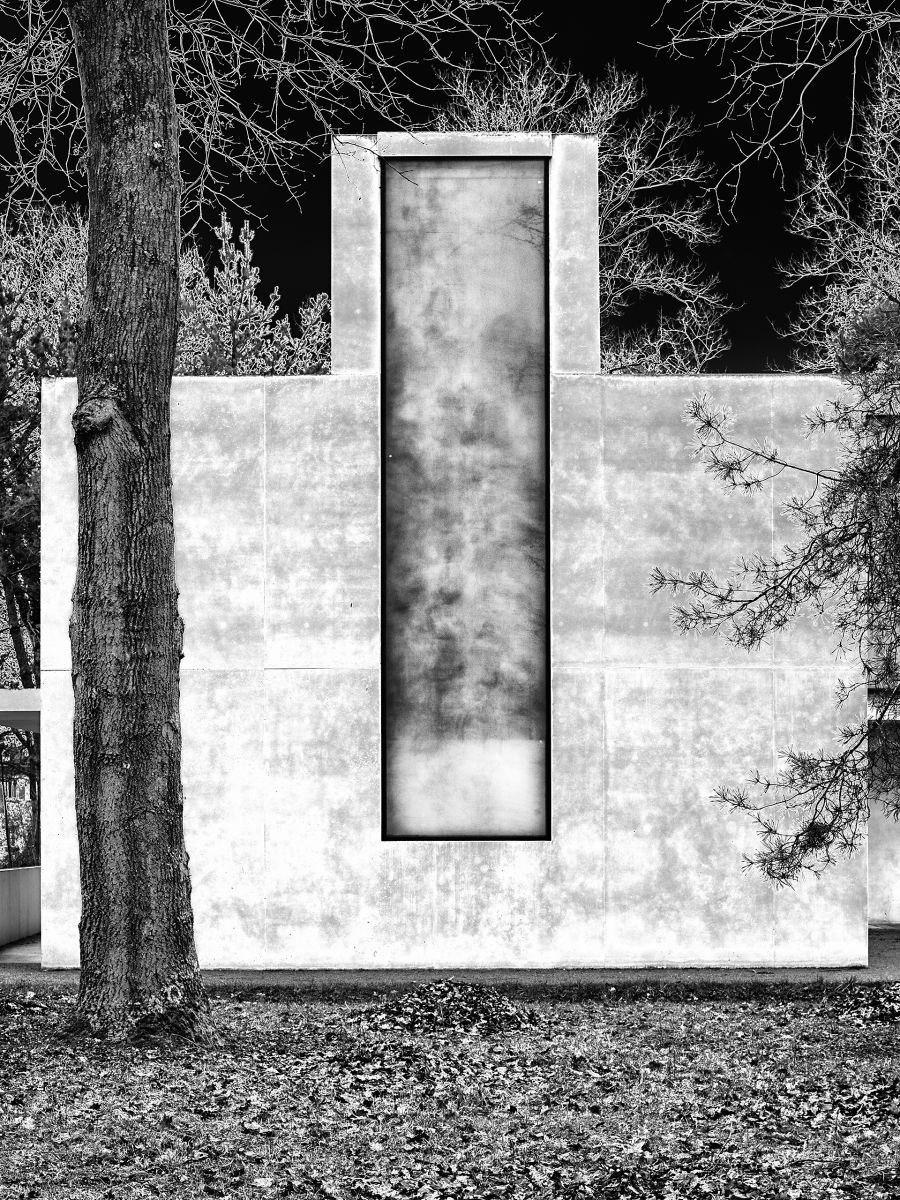 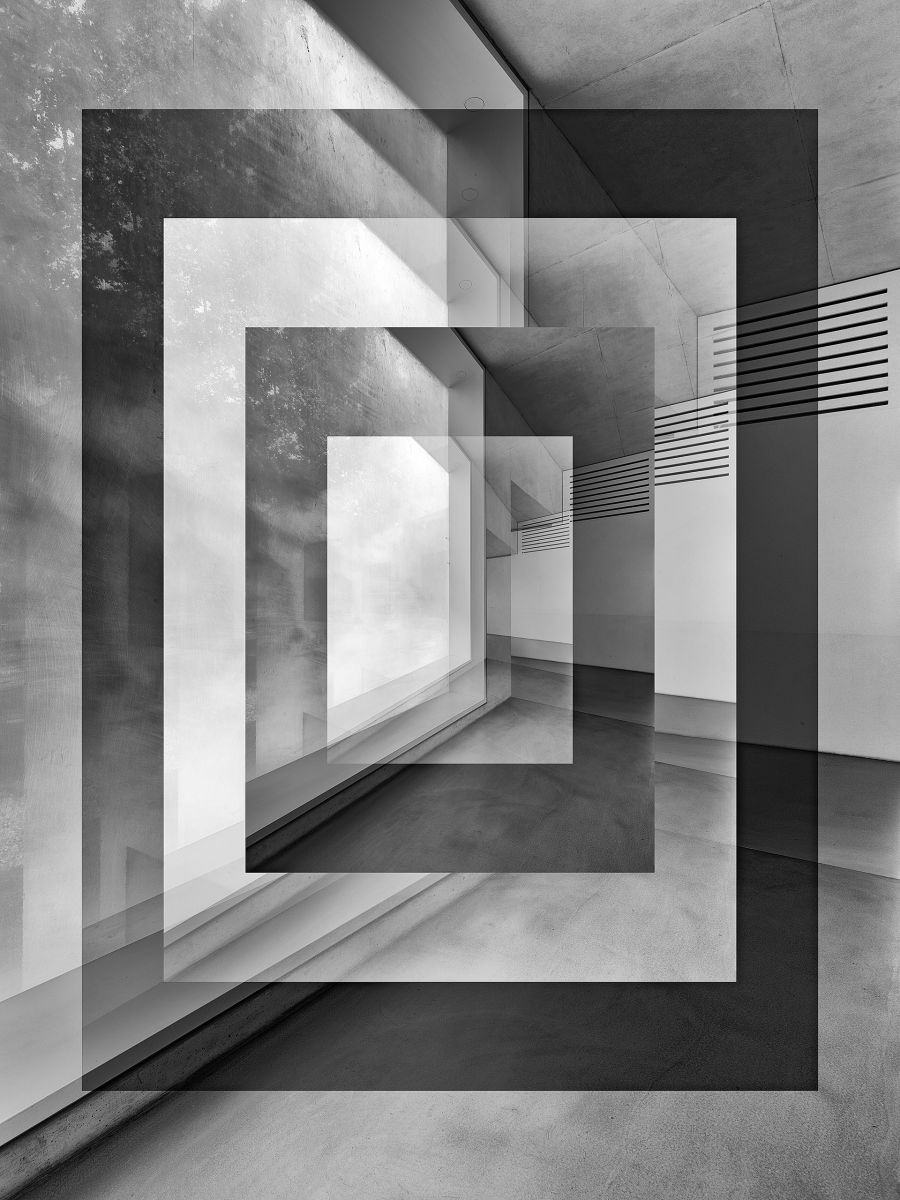 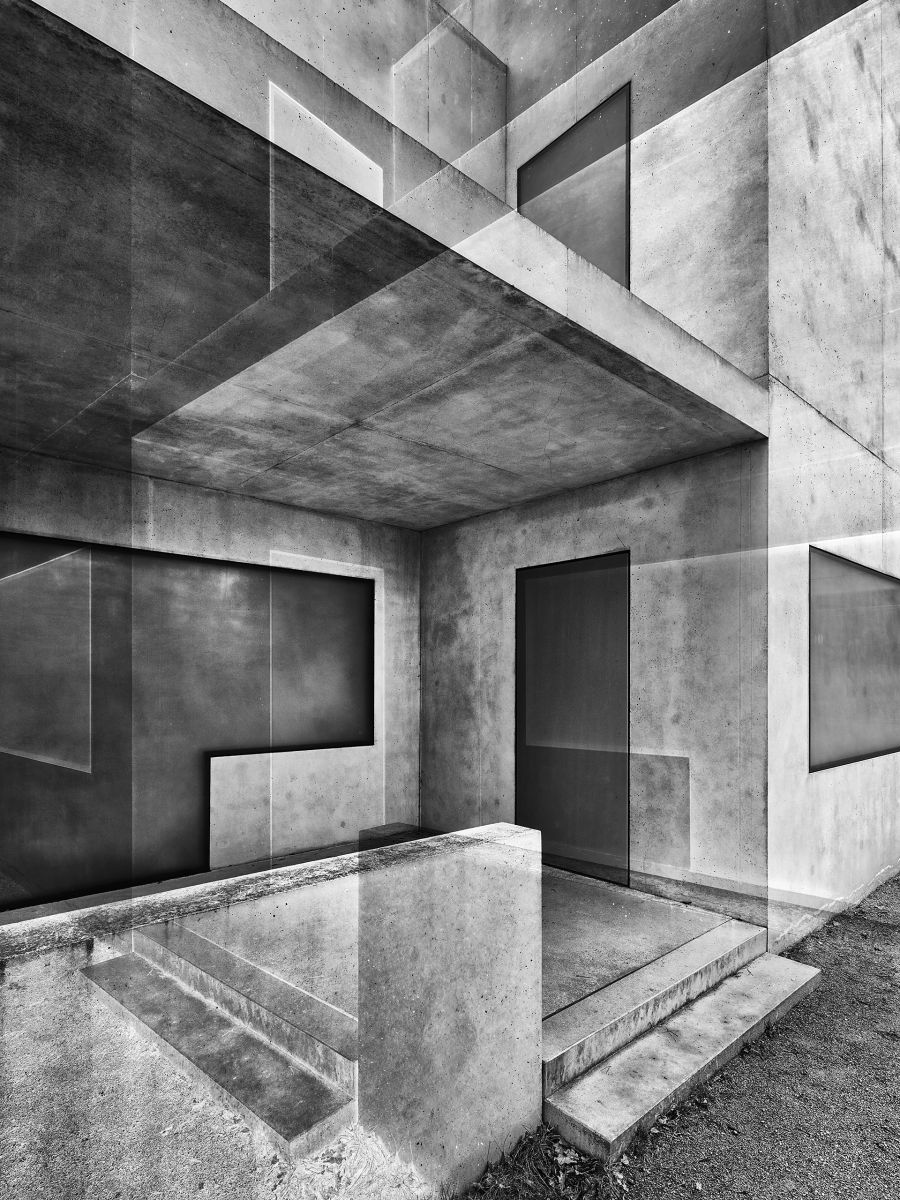