The photo series deals with the treatment of old buildings and the disappearance of architecture. Bruckhausen is a district in the north of Duisburg (Germany) and experienced an upswing and heyday as a Wilhelminian quarter around 1900 with the expansion of the August Thyssen coking plant site. From 2008 to 2015, about 160 houses were demolished for the creation of a new country park as part of an urban redevelopment process. This was the largest inner-city demolition in Europe in the last 30 years and required the relocation of 450 households with more than 1000 residents. The photos show traces of already demolished flats on the outer walls of the formerly adjacent houses. Signs of temporary remembrance of the former domicile as a place of home and identity. 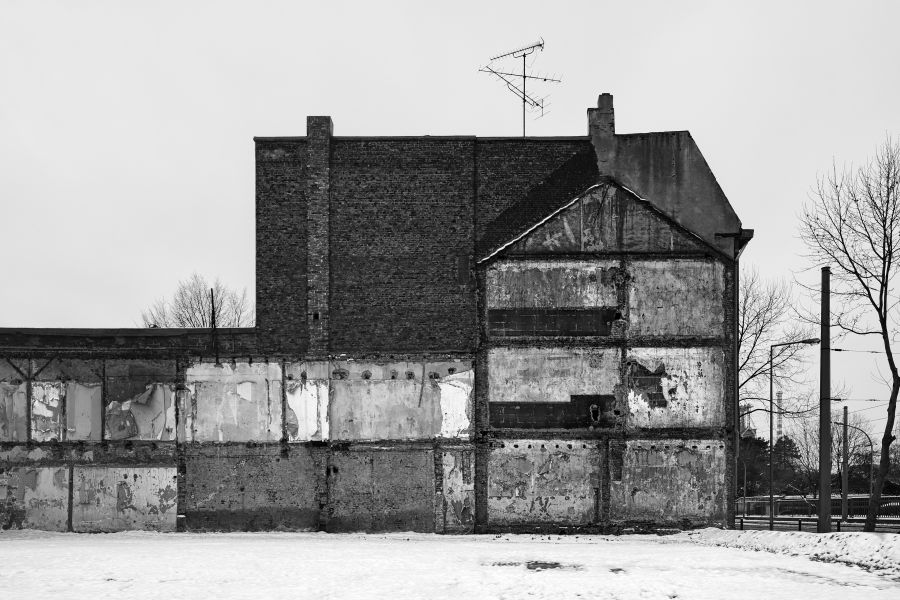 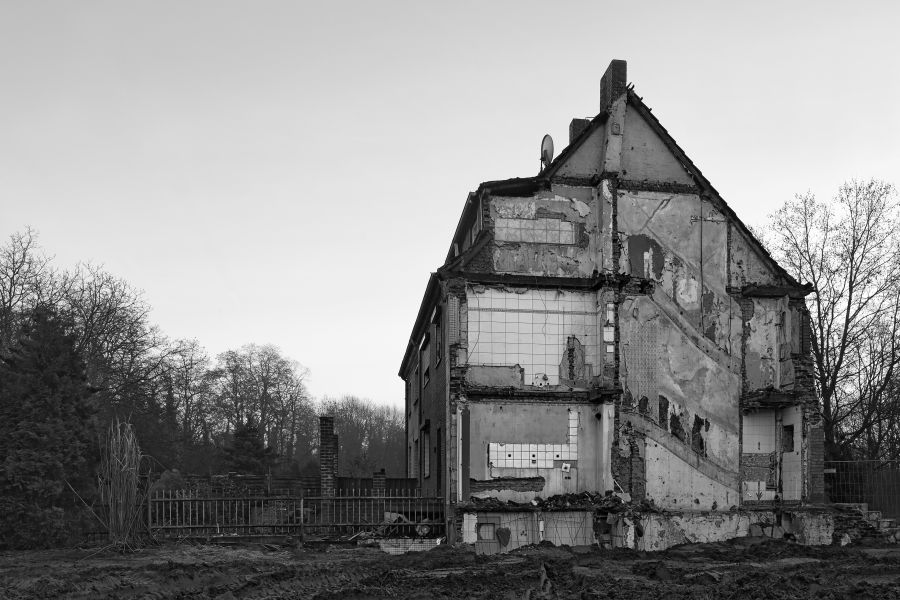